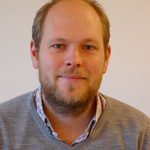 Espen D.H. Olsen holds a ph.d. in political science from the European University Institute. Previously, Olsen graduated with a cand.polit degree in political science, University of Oslo, and as master of research, European University Institute. He is currently senior researcher at Arena, Centre for European Studies at the University of Oslo. At Arena, he has recently been involved in two EU framework program-funded research projects, RECON and Europolis. He is currently involved in NORCONE, a project on the Norwegian constitution in a European perspective. His research interests include: the European Union (Questions of polity-building, constitution-making, political community and European identity), citizenship (European citizenship, citizenship in general: theory, history and methodology), citizen deliberation, political theory and qualitative methods with a special emphasis on process tracing. He has published in the Journal of European Public Policy and his book on Transnational Citizenship in the European Union. Past Present and Future is published in 2012 by Continuum Books (London and New York).