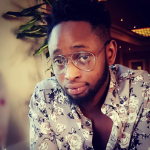 Bashir Otukoya is a PhD student in the UCD Sutherland School of Law, and also in the UCD School of Politics & International Relations. He holds a BAL, an LLB, as well as an LLM in Public Law. His current research focuses on citizenship, in particular, exploring the politico-legal process of becoming an Irish citizen (by naturalisation), and its influence on the sociological idea of being Irish. Bashir is a member of the Irish Refugee Council and is experienced in advising migrants in politico-socio-economic integration matters. He has organised workshops and published reports on migrant integration, as well as publishing literature in the field of citizenship and Irish identity across academic disciplines and in the national media. He is also a law Lecturer in Griffith College Dublin, Ireland, where he teaches European Union Law and, International Asylum and Immigration Law.