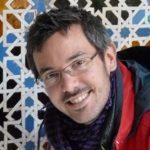 Gianluca P. Parolin is Assistant Professor of Law at the American University in Cairo, Egypt. A specialist in comparative law, he has devoted most of his research to citizenship in the Middle East and North Africa. His approach to such research on citizenship in the region has focused on the legal and political intersections of the different levels of membership.
The first results have been compiled and published in Citizenship in the Arab World: Kin, Religion and Nation-State (AUP, Amsterdam 2009).
He is currently supervising national teams preparing country reports on the acquisition and loss of citizenship for the EUDO-Citizenship project in three pilot cases in the region: Egypt, Lebanon and Morocco.
Facebook Twitter Email