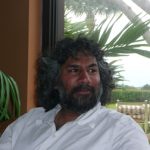 Ravi Pendakur was a researcher with the Canadian government for 18 years before joining Univerity of Ottawa. He worked on issues of diversity for most of that time despite 2 major government reorganizations both of which saw his department (and work unit) dissolved.

Since 2006 Ravi has been at the University of Ottawa in the Graduate School of Public and International Affairs. Recent work (written with his economist brother) looks at the degree to which Canadian-born minorities face earnings gaps. Other work has examined the labour force contribution of immigrants to the Canadian economy or the link between social capital and outcomes for minorities.