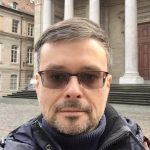 Vadim obtained his PhD degree from the University of Groningen on a thesis titled “The JOKK Predicament. Access to Citizenship and Limits to EU Member States’ Power: The Case of Estonia”. In 1999-2014, Vadim was a Legal Adviser – Analyst in the Legal Information Centre for Human Rights (Tallinn). In 2014-2019, he was an Adviser at the European Parliament (Brussels). In 2003-2004 Vadim was an official Estonian observer to the Management Board of the European Monitoring Centre on Racism and Xenophobia (EUMC). In 2004-2010 he was a head of the Estonian National Focal Point of the RAXEN network of the European Union Agency for Fundamental Rights (FRA, former EUMC). Since 2004 he is acting as an Estonian expert in the European network of legal experts in gender equality and non-discrimination (the initiative of the European Commission).