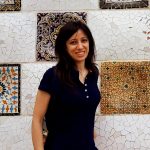 Maria Gloria Polimeno is PhD Candidate in Middle East Politics and a Teaching Fellow at the University of Exeter. Her submitted thesis is entitled “Variation in the Regime: The Struggle for Internal Political Legitimacy in Egypt, 2013-2019” and will be examined by Dr. Rory McCarty and Prof. Ilan Pappe’. Before teaching at the University of Exeter, she was awarded a teaching fellowship in the Department of Politics at SOAS University of London, where she also held some research positions at the London Middle East Institute. In the academic year 2016/2017, she was as a teaching fellow at Birkbeck College, University of London. She also was a review expert in the V-Dem Project, University of Gothenburg. Between 2014 and 2021, she also regularly acted as an academic and previously a regional assessor in the Middle East North Africa committee for the Chevening Programme, Association of Commonwealth Universities, Foreign and Commonwealth Office.