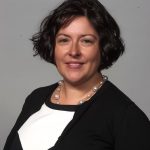 Dr Theresa Reidy is a senior lecturer and head of department at the Department of Government and Politics, University College Cork. Her research interests lie in the areas of political institutions and electoral behaviour and her recent work has been published in Electoral Studies, Parliamentary Affairs and Politics. Theresa has received funding for her research on elections and referendums from the European Commission, Irish Research Council, Irish Aid and the Royal Irish Academy.