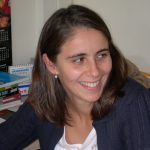 Catarina Reis Oliveira is the Director of the Observatory for Migration since 2016 and since 2005 the executive coordinator of the same Observatory. She holds a PhD on Sociology with the research on Immigrant entrepreneurial strategies in cities (from ISCTE-IUL), has MA in Statistics (from the New University of Lisbon), a degree in Sociology (from the same University), and a Certificate in Migration Studies (from the Van Amsterdam University).

She was advisor of three Portuguese High Commissioners for Immigration and Intercultural Dialogue (now High Commissioner for Migrations – ACM) and the Head of Unit of Research and International Relations of ACM between 2005 and 2015. Between 2001 and 2005, Catarina was Lecturer in Sociology, namely in a post-graduate course on Migration, Ethnic Minorities and Transnationalism.

Catarina has published extensively on migration issues, including book chapters and journal articles. Over the years she participated in several international projects that received both public and private funding. She was part of the team of the Portuguese Focal Point of the European Racism and Xenophobia Information Network (RAXEN) (until 2005); between 2004 and 2008 she was part of the coordination of the EU Ethnic Minority Entrepreneurs Network (network organized by the European Commission DG Enterprises) and was the European coordinator of the INTI project One-Stop-Shop: a new answer for immigrants’ integration (between 2007 and 2009).

In 1999-2000 she was awarded a Merit Scholarship by the New University of Lisbon and in 2000 she receive an academic award on Multiculturalism and Ethnicity in the Contemporary society by Calouste Gulbenkian Foundation.