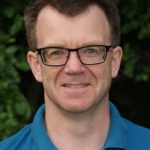 Bernard Ryan became Professor of Migration Law at the University of Leicester in September 2013, having previously been Professor of Law at the University of Kent. His teaching and research covers many aspects of migration law and policy. His most recent publications have concerned the implications of Scottish independence for nationality and immigration, the relationship between migration and labour law, the rights of foreign nationals in international law, and migration control at sea. He recently edited Labour Migration in Hard times: Reforming labour market regulation? (Institute of Employment Rights, 2013) He is the co-chair of the Migration and Law Network, which aims to promote the field in British universities.