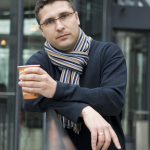 Alexander Salenko holds a PhD in Law from Saint-Petersburg State University (Russia) and is an Associate Professor at the Department of International and European Law of the Immanuel Kant Baltic Federal University of Russia (IK-BFU / Kantiana) where he specializes in comparative public law, European and Russian constitutional law, human rights law, voting rights and election law. Previously he completed his LLM at the Faculty of Law of the Georg-August University of Göttingen (Germany). He also holds degree in Law from Kaliningrad State University (today as IK-BFU). Alexander Salenko has been awarded the Alexander von Humboldt Fellowship (German Chancellor Fellowship) for research work at Humboldt University zu Berlin and Augsburg University. He was also a research fellow of the Parliament of Berlin (research fellowship of the Study Foundation of the Berlin House of Representatives) held post-doctoral appointment at the Faculty of Law (Turku Law School) the University of Turku (Finland). Alexander Salenko’s research on federalism and state-building, international human rights protection, EU-Russia relations with special regard to Kaliningrad region, and the influence of international obligation on the Russian domestic legislation has appeared in academic journals and in edited volumes.