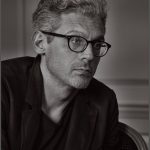 Andrea Sangiovanni is Professor of Philosophy at King’s College London. He received his BA and PhD from Harvard University. Before joining the Philosophy Department at KCL (in 2007), he was a Randall Dillard Research Fellow at Pembroke College, University of Cambridge (2005-2007). He will be taking up the chair in social and political theory at the European University Institute, Fiesole, in September 2018 while on leave from KCL, and is a recipient of an ERC Consolidator Grant (2018-2023) for a project on social justice in the European Union. His main areas of research are in contemporary moral, legal, and political philosophy. Current research interests include: justice and solidarity in the European Union, freedom of movement and immigration, international justice and the philosophy of international law; human rights and the idea of dignity; the relation between principles and social practices; and moral and social equality. He has recently published a book entitled Humanity without Dignity: Moral Equality, Respect, and Human Rights (Harvard University Press, 2017) on the idea of moral equality and its importance for human rights. Other recent publications include: ‘Solidarity as Joint Action’ (Journal of Applied Philosophy), ’The Irrelevance of Coercion, Imposition and Framing to Distributive Justice’ (Philosophy & Public Affairs) and ‘Solidarity in the European Union’ (Oxford Journal of Legal Studies).