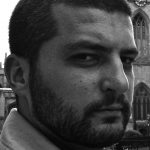 Eldar Sarajlić is a PhD candidate at the Central European University (CEU) in Budapest. Eldar writes about competing interpretations of liberalism and advocates a critical approach to some of the defining liberal themes, such as personal autonomy, limits of institutional interference in individual affairs and state neutrality. He also does research about issues of citizenship in Southeastern Europe and collaborates with a number of universities, including the University of Edinburgh, on the project “Europeanization of Citizenship in the Successor States of the Former Yugoslavia”. Eldar published one book and several articles in academic journals and edited volumes.