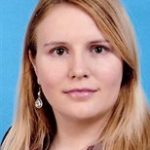 Julija Sardelić is a Marie Skłodowska-Curie Postdoctoral Fellow at the KU Leuven International and European Studies Institute (LINES).  Her research encompasses broader themes of citizenship and migration, but she particularly focuses on the position of marginalized minorities and migrants in Europe (such as Romani minorities, refugees and other forced migrants, legally invisible and stateless persons). Under the supervision of Professor Peter Vermeersch, she is conducting the MSC research project entitled “Invisible Edges of Citizenship: Readdressing the Position of Romani Minorities in Europe”. The project investigates the position of Romani minorities as citizens and migrants through the lens of citizenship studies. Before joining LINES, Julija was a Postdoctoral Researcher at the School of Law and Social Justice (University of Liverpool), Max Weber Fellow (European University Institute) and a Research Fellow at the School of Law (University of Edinburgh).