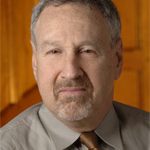 Peter H. Schuck is the Simeon E. Baldwin Professor Emeritus of Law at Yale Law School, where he has held the chair since 1984. He has also served as Deputy Dean. His major fields of teaching and research are tort law; immigration, citizenship, and refugee law; groups, diversity, and law; and administrative law. His most recent books include Targeting in Social Programs: Avoiding Bad Bets, Removing Bad Apples; Meditations of a Militant Moderate: Cool Views on Hot Topics; Immigration Stories; Foundations of Administrative Law; Diversity in America: Keeping Government at a Safe Distance; and The Limits of Law: Essays on Democratic Governance. He is also co-editor, with James Q. Wilson, of Understanding America. He is a member of the American Law Institute’s advisory committee for the Restatement of Torts (Third), Basic Principles, and a contributing editor to The American Lawyer. Prior to joining Yale, he was Principal Deputy Assistant Secretary for Planning and Evaluation in the U.S. Department of Health, Education, and Welfare. Professor Schuck holds a B.A. from Cornell, a J.D. from Harvard Law School, an LL.M. in International Law from N.Y.U., and an M.A. in Government from Harvard.