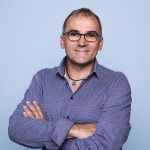 He worked as history teacher in secondary school in Echternach and Esch-sur-Alzette (1989-2003), as lecturer in history and history didactics at the Institut Supérieur d’Etudes et de Recherches Pédagogiques (1997-2003) and since 2003 as lecturer and researcher at the newly founded University of Luxembourg. He received his PhD in 2009 at the Université Libre de Bruxelles (La nationalité luxembourgeoise, 19e-21e siècles. Histoire d’un alliage européen, Editions de l’Université de Bruxelles, 2012). Since 2008 he is the national expert of Luxembourg for GLOBALCIT.

His research interests lay in the history of nation-state as a triple integration process (national, social, transnational), migration and citizenship history, labor history and industrial heritage in Luxembourg and the Greater Region. He is also known for his many interventions about contemporary history and uses of the past in the Luxembourg public debate since the 1990s. Since 2014 he has, together with colleagues, a weekly chronicle on contemporary history at radio 100,7 (in Luxembourgish) and in the newspaper Tageblatt (in French).