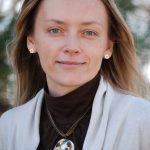 Oxana Shevel holds a PhD in Government from Harvard University and is an Associate Professor of Political Science at Tufts University where she specializes in comparative politics and the post-communist region. She previously taught at Purdue University and held post-doctoral appointments at the Davis Center for Russian and Eurasian Studies and at the Harvard Ukrainian Research Institute. She is the author of Migration, Refugee Policy, and State Building in Postcommunist Europe (Cambridge University Press 2011), which examines how the politics of national identity and strategies of the UNHCR shape refugee admission policies in the post-Communist region, leading countries to be more or less receptive to refugees. The book received the 2012 American Association of Ukrainian Studies (AAUS) book prize. Currently Shevel is working on a second book-length project – a comparative study of the sources of citizenship policies in the former Soviet republics. For EUDO-Citizenship, she is the country expert for Ukraine.