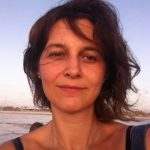 Sorina Soare is a lecturer of Comparative Politics at the University of Florence. She holds a PhD in political science from the Université libre de Bruxelles and has previously studied political science at the University of Bucharest. Before coming to Florence, S. Soare obtained funding from the Wiener Anspach foundation for 1 year Post-Ph Programme in St. Antony’s College, Oxford University. Her work has been published in Democratization, East European Politics, etc. She taught at the Central University of Budapest, Université libre de Bruxelles, University of Palermo and University of Bucharest. She works in the area of comparative politics. Her research interests lie primarily in the field of post-communist political parties and party systems, democratisation and institutional development. Currently, S. Soare works on an analysis focused on the evolution of the constellation of regulations acting within the area of the Member States citizenship, with a focus on the interactions between kin-states, kin-majorities and the home states in the former communist area. Among her topics on research, she is interested in studying the dynamics impacting upon the political participation of immigrants in their countries of residence.