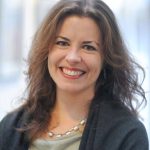 Kristin Surak is an Associate Professor of Politics at SOAS University of London whose research on international migration, nationalism, and political sociology has been translated into a half-dozen languages. In addition to publishing in major academic and intellectual journals, she also writes regularly for popular outlets, including the London Review of Books, New Statesman, and Washington Post. She has been an invited fellow at Princeton University; the Institute for Advanced Study, Princeton; Clare Hall, Cambridge University; and the European University Institute. The American Academy of Political and Social Science has recognised her scholarship, which has been funded by the German Science Foundation, Japan Foundation, Fulbright-Hays Foundation, and Leverhulme Foundation, among others. She comments regularly for the BBC, Deutsche Welle, Channel News Asia TV, and Sky TV News. Her current research, funded by the Leverhulme Foundation, investigates the origins and spread of investment migration programs. She will be joining the London School of Economics from September 2020.
Facebook Twitter Email