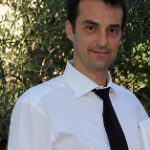 Guido Tintori holds a Ph.D in History of European Society and Institutions from the University of Milan (in co-tutorship with the J. F. Kennedy Institut fur Nordamerikastudien, Freie Universität, Berlin). He was awarded the Fulbright-Schuman Research Scholarship 2009-2010 on EU Affairs and EU-US relations, and was based at the Center for European and Mediterranean Studies and Department of Politics of New York University. He is member of the research team of Italian Studies at Oxford, and Visiting Research Fellow at the Department of European Studies of the University of Bath. His research interests focus on European and American history, migration, citizenship, Diaspora politics, transatlantic relations. He has been a member of the Network of Excellence on International Migration, Integration and Social Cohesion in Europe (IMISCOE) since the beginning of the programme in 2004. Visit Guido’s personal page on the academia website.

Guido Tintori has been in charge of assisting me in coordinating and managing EUDO CITIZENSHIP from September 2010 to the end of October 2011. As a historian who has published on the history of Italian citizenship and of Italians abroad, Guido was already an acknowledged expert in the field when he joined the EUDO team in Florence. In 2011 Guido has won a prestigious Marie Curie fellowship for studying the comparative history of nationality laws and how they evolve under the influence of immigration and emigration flows. As of November he will move to the University of Leiden, Netherlands to carry out his research with Leo Lucassen. His reliability, his patience in handling conflicts and his capacity to work autonomously have made collaboration with Guido a great pleasure. But what I enjoyed most is his dry humour, in which I trace some lasting influence of the years he spent in Britain. On behalf of the whole EUDO CITIZENSHIP team I wish him all the best. We will miss him, but not too much since we will stay connected and will benefit from his research.