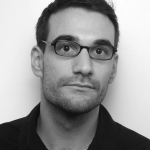 Gerd Valchars is holding a Master’s degree in Political Science and Communications Science from the University of Vienna, where currently he is also writing his doctoral thesis on the supranationalization of citizenship. Since 2004 he is a lecturer at the Department of Government of the University of Vienna. From 2006 to 2009 he has been working as a researcher at the Institute for European Integration Research at the Austrian Academy of Sciences and from 2007 to 2008 he was visiting researcher at the University of Toronto, Department of Political Science. Gerd Valchars is member of [KriMi] – Arbeitsgruppe Kritische Migrationsforschung, a working group on critical migration research.