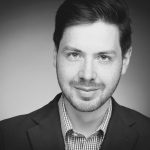 Luuk van der Baaren is a researcher at the European University institute (Robert Schuman Centre for Advanced Studies) for the GLOBALCIT research network. His tasks include systematizing and updating the GLOBALCIT databases on modes of loss and acquisition of citizenship. He is in the final stage of his joint PhD project at the University of Liège and Maastricht University. The project sees on multiple nationality and studies the phenomenon from an emigration State perspective, deploying a comparative legal methodology. Luuk obtained his LL.M. degree in Dutch Law (honours) at Maastricht University in 2014.