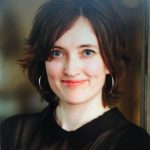 Ricky van Oers is a lawyer who defended her PhD research Deserving Citizenship. Citizenship Tests in Germany, the Netherlands and the UK (Brill, 2014) at the Radboud University in 2013. In 2014, the Praemium Erasmianum Foundation awarded her one of five Research Prizes it yearly awards to young academic researchers in the humanities and social sciences, who have written a PhD dissertation of outstanding quality. In 2007, Van Oers received a Christine Mohrmann Grant the Radboud University grants to promising female PhD candidates. Besides her PhD research, Van Oers has been involved in numerous other international research projects, including the NATAC and EUCITAC-projects which compared nationality legislation in EU Member States and the INTEC-project, which aimed to provide an evaluation of changes in integration policy in seven EU Member States. She furthermore coordinated research projects into the implementation in the EU Member States of the directives on family reunification and long-term resident third country nationals. Ricky van Oers studied law at Radboud University and the Université Paris Descartes. She currently has a position as Professor of immigrant integration and law at the Western Norway University of Applied Sciences in Bergen, Norway, where she is a core participant in the IMPECT project, which studies the linguistic integration of adult migrants with poor education and the consequences of migration tests.