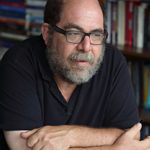 Since 2014 Daniel Weinstock is James McGill Professor at the McGill University Law Faculty. He holds a DPhil in philosophy (University of Oxford). Previously he was a Professor of Philosophy at the Université de Montréal, where he held a Canada Research Chair and was director of the Research Centre on Ethics at Université de Montréal (CRÉUM). A graduate of McGill and Oxford (DPhil in philosophy), he studied under Charles Taylor, and at Harvard University, where he also studied under John Rawls. Weinstock’s research explores the governance of certain types of liberal democracies, and the effects of religious and cultural diversity from an ethical perspective on the political and ethical philosophy of public policy. He has published many articles on the ethics of nationalism, problems of justice and stability in multinational states, the foundations of international ethics, and the accommodation of cultural and moral diversity within liberal democratic societies. He has also been an active participant in public policy in Québec, having been a member from 1997 to 1999 of a Ministry of Education working group on religion in public schools, and from 2003 to 2008, the founding director of Quebec’s Public Health Ethics Committee.