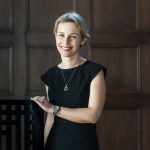 Lea Ypi is Professor in Political Theory at the London School of Economics and Political Science and Adjunct Professor in Philosophy at the Australian National University. A native of Albania, she has degrees in Philosophy and in Literature from the University of Rome La Sapienza and she completed her PhD at the European University Institute. Prior to joining the LSE, she was a prize research fellow at Nuffield College, Oxford and a researcher at the Italian Institute for Historical Studies. She is the author of Global Justice and Avant-Garde Political Agency, and, with Jonathan White, The Meaning of Partisanship, both published by Oxford University Press. She has co-edited Migration in Political Theory (Oxford University Press 2016, with Sarah Fine) and Kant and Colonialism (Oxford University Press 2015, with Katrin Flikschuh).