In the past two centuries, the suffrage has become more universal, as restrictions based on property, literacy, religion, sex or race have been gradually lifted through a global diffusion of the democratic ideal. The process has not been an irresistible march towards a fully universal endpoint, but a fiercely contested struggle punctuated by episodes of retrenchment, and expansion that were simultaneously fought in local, regional, national, and supranational arenas.

Today, the battle about the suffrage has not come to an end. Instead, it is being fought along different frontlines. While significantly less contentious than in the past and affecting smaller segments of the population, it reveals the same tension between the democratic promise of equality and a reality of pervasive differentiation. The exclusion of prisoners or persons with a mental disability, for instance, remains a divisive issue in most contemporary democracies. Another particularly widespread and controversial form of disenfranchisement stems from international migration, as a result of which non-naturalised immigrants are often excluded from elections held in their country of residence and, to a lesser degree, in their country of citizenship. In democratically governed states, regions, and cities these infringements of the sacrosanct principle of universal suffrage have sparked debates about the very nature of the political community and the essential qualities of citizenship, resulting in frequent changes in the electoral law. Ultimately, a broad range of more or less severe restrictions has persisted to this date, making suffrage non–universal, even in established democracies.

In Non-universal suffrage: measuring electoral inclusion in contemporary democracies, an article we recently published in European Political Science, we present ELECLAW, a set of indicators designed to measure the inclusiveness of the right to vote (VOTLAW) and the right to stand as candidate (CANLAW) across four levels of government (supranational, national, regional, and local) and three types of elections (executive, legislature, and referendum) for three categories of voters (citizen residents, non-citizen residents, and non-resident citizens). The dataset currently covers 371 kinds of elections in 51 democracies in three different continents (the Americas, Europe, and Oceania), depicting the legal situation in 2015. It builds upon a range of other GLOBALCIT resources, chiefly the National Electoral Laws and Conditions for Electoral Rights databases as well as the Country Report Series on Electoral Rights.

The indicators can help to answer a variety of important questions across different literatures. First, relating to the literature on democracy measurement, ELECLAW can be analysed independently as a measure of electoral inclusiveness across established democracies, or be built into existing democracy measurement tools to better capture the fundamental dimension of inclusion. Second, one can also analyse to what extent the general level, quality, or type of democracy is associated with voting rights extensions for various groups of voters. Third, relating to the literature on the engagement of diasporas, ELECLAW can help reorient the focus beyond the analysis of positive cases to examining the full range of variation of non-resident citizens’ voting rights across different levels of government, and how they are associated with state-led diaspora policies.

We hope ELECLAW can kick-off intensified efforts to investigate the non-universal nature of the suffrage in today’s democracies, as well as its variation across levels of government, types of elections, and groups of voters. In the future, we plan to continue updating the data and expanding the coverage to other world regions as well as back in time. 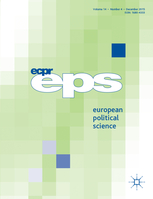 The article Non-universal suffrage: measuring electoral inclusion in contemporary democracies is the product of a large collaborative project initiated in 2012 with the continuous and indefectible support of GLOBALCIT. GLOBALCIT also made possible the publication of the article in Open Access in order to ensure its widest dissemination.